One of the most important features to include on your wedding day are the flowers.Flowers not only connote beauty,but also carry good fortune.They symbolize things like new beginnings,long life,honour,purity of mind and purity of heart.This is something that most people would wish on their special day.Flowers can help identify you as the bride and draw all attention on you.The vibrant colours of the flowers make a cunning contrast with the white wedding gown.They can also be appreciated by its lovely fragrance.

The most expensive flowers include peonies, gardenias, and hydrangeas.If you’re on a tight wedding budget, using lots of greenery is an affordable way to decorate your reception.However,some inexpensive flowers include freesia flowers,which represent friendship and trust.Baby’s breath or also known as gypsophila,symbolizes purity and compassion.Roses come in all sort of colours,however,the most common colours are white,pink and red.Last of all,carnations flowers are bright pink flowers that express distinction and affection.

First of all,It is said that the flower tradition started when ancient Greeks,Romans and Egyptians carried fragrant herbs and spices to ward off bad luck during the wedding celebration.As well as that,many herbs were selected to honor their respective deities.In the Elizabethan and Victorian eras,decorative flowers became prominent symbols in the wedding.It is believed that another reason why we have flowers at weddings is to distract the wedding goers in the past.The bride began tossing her bouquet to the eager crowd and when people attempted to catch the bouquet of flowers.The bride and groom would then run off to their honeymoon.

Don’t hesitate to contact us to organize all the details for your wedding day.

We all know the story of Romeo and Juliet,two star-crossed lovers who shared a very unfortunate destiny.This 16th century Shakespearan tragedy occurred in  Verona,Italy where two wealthy families known as the Montagues and the Capulets reconciled after the death of their children.This tragic love story ended with the two protagonists ended their lives to be with each other for eternity and mark their love for each other.This is where the story begins.

The houses of Capulets and Montagues despised each other.Juliet was a clueless teenager who claimed to have found her soulmate,Romeo.They shared their first encounter when Romeo attended the Capulet Feast where he first laid his eyes on Juliet.They instantly attracted each other at the feast and felt a strong connection.Juliet being Capulet,and Romeo being a Montague,it was impossible for this unfortunate couple to be revealed together.The family’s never-ending conflict proceeding in Verona broke these two lovers’ chance to be together. 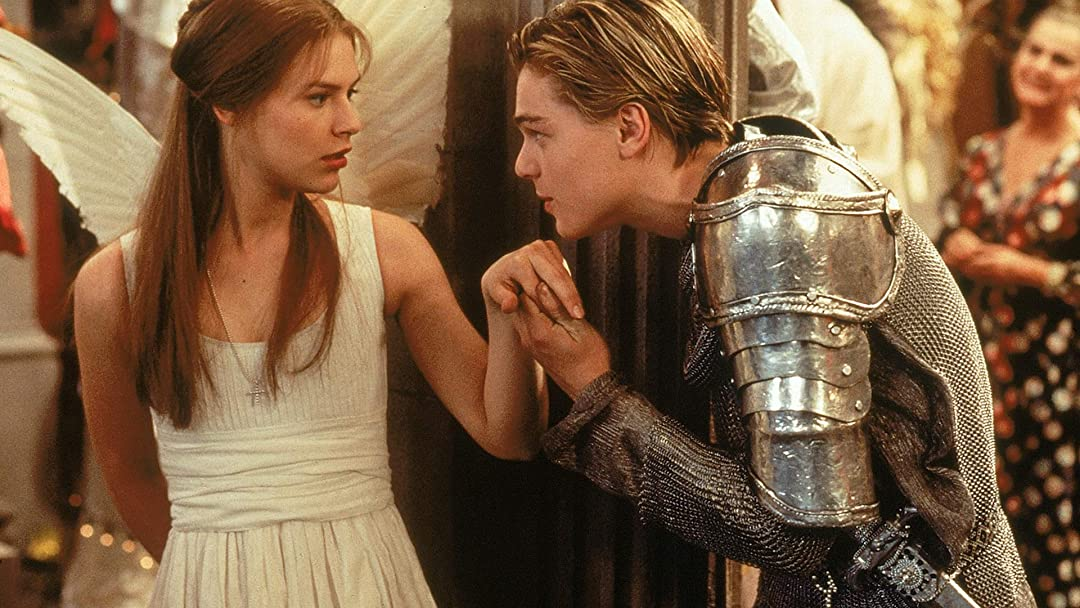 Lord Capulet,Juliet’s father,initially gave Juliet time to marry who ever she desired,however he suddenly changed his opinion and decided that she would marry Count Paris immediately.Juliet was appalled with her father’s decision and knew she had no choice.To redeem her and Romeo’s love,Juliet in despair seeked advice from Friar Laurence.Friar Laurence proposed a plan to  Juliet.He had said to go ahead with the wedding,however,the night before the wedding,she would drink a poison that would stop her lungs from breathing until Romeo would come and rescue her to run away together. 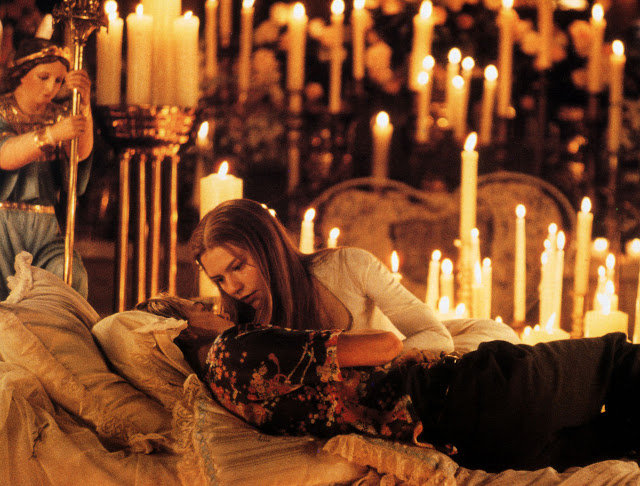 Unfortunately, this plan did not work as Romeo never received the letter regarding the plan.Romeo came to the tomb,believing Juliet was dead,and therefore killed himself.Juliet then woke up and found Romeo laying in her arms and killed herself with Romeo’s dagger instantly.The family’s conflict between another has led them to their children’s deaths.Although the families reconciled after their tragic losses,it was too late to save two young lovers from ending their lives.In my opinion,If The Montagues and Capulets forgave each other,the couple could have had a happy long life and the city of Verona would have redeemed itself from its unpleasant ambiance.

We know how important the honeymoon is for newlywed couples, as it is the couple’s most intimate moment after the wedding day, which is often stressful and full of nerves and excitement. That’s why we present the most popular destinations for couples in recent years.

Its beautiful renaissance streets and sunny weather make it one of the most envied destinations for couples from all over the world. It is undoubtedly one of the key destinations and, moreover, an alternative for couples who want a break from the paradisiacal beaches of the Caribbean.

It is one of the star destinations for all those who want peace and quiet and to breathe in the smell of the sea. Its beautiful and romantic landscapes evoke love and freshness in everyone who visits it. If you want to enjoy a calm and carefree atmosphere with your partner, the Maldives is the place for you.

This exotic paradise has become one of the world’s favourite destinations, not just for honeymooners. Its oriental-influenced nature and culture make it irresistible to any couple. Plus, it has all the ingredients you need: beach, culture, nature and history.

Cancun is located in Mexico and is one of the most sought after destinations in the world. Why? It has the secret ingredients of: relaxation, beach, alcohol and good value. It’s a cheap alternative to the Maldives and many couples know it.

This is the perfect archipelago for a romantic and special honeymoon. These 700 islands, only 30 of which are inhabited, are located in the Atlantic Ocean off the coast of Florida. Couples can stroll along the pink sandy beaches showing off their love or have the unforgettable experience of swimming with piggies on Big Major Cay.

If you are thinking of celebrating your wedding in Spain and you are curious to see what kind of traditions Spaniards carry out when getting married,here they are.

The exchange of arras

Arras are 13 coins that the bride and groom exchange at the wedding ceremony.

It is a tradition from ancient times, where it was customary to give a sum of money or goods to close a deal.

Of the thirteen coins, twelve refer to the months of the year (ingold) and the last one (platinum) is to be shared with the neediest people.

Not seeing the bride

In the typical wedding in Spain, it is the job of the bride’s father to keep her hidden before the ceremony and walk her down the aisle.

It is common for weddings in Spain that take place in an indoor venue for guests to wait for the newly married couple at the door to throw rice at them, as a symbol of good luck.

The tradition of throwing rice comes from the East. There, the rice grain is a symbol of prosperity and fertility. When you throw rice at a newlywed couple, you are wishing them good luck in their new journey together and to have many children!

In Spain it’s a tradition to throw the bouquet to a group of guests and whoever catches it will be the next to get married.

The bride and groom’s walk

During the banquet, the bride and groom walk around the tables giving small gifts to the guests, which are usually figurines as a souvenir of their attendance at the celebration.

Also during this walk they take photos with the guests, and the guests take the opportunity to give them envelopes with money or any other small gift for the bride and groom.

Normally in this tradition, the groom’s best man buys the groom his tie, which symbolises good fortune and luck.

Cutting the wedding cake with a sword

In Spain it is traditional for the newlyweds to cut the wedding cake with a small sword, symbolising their first act together as married couple. Normally only the first piece of the cake is cut, and then they are the first to eat the cake.

Main table for the bride and groom

Unlike in other countries, at weddings in Spain the bride and groom sit at the head table at the banquet, sometimes together with their closest relatives.

As the title suggests, this is usually done at weddings as it is a symbol of good luck. Normally it is the bride who should wear these things.

If your wedding is going to be at a church, this is a Spanish custom so that on your wedding day it won’t rain.

To do this, you have to go to a convent of the Clarisas nuns and bring a dozen eggs as an offering.

Mexico is undoubtedly one of the best summer destinations, and Cabo San Lucas is the place to be if you’re looking for luxury for your party. In case you didn’t know, it’s the favourite summer destination for the world’s most famous celebrities such as George Clooney and Will Smith.

White sandy beaches, booze and glamorous parties are undoubtedly the attractions of this city on the southern tip of Mexico’s Baja California Peninsula.

We couldn’t leave out of this ranking the «city that never sleeps», which offers a variety of partying options for all budgets. If you want to party non-stop, this is the perfect city for you, but also if you want to have a quieter bachelorette party, New York offers a wide variety of entertainment, such as seeing a Broadway play, visiting the Metropolitan Museum of Art, strolling through Central Park, and much more.

It is the city of festivals par excellence. In this small Mediterranean island we can find the most glamorous parties at international level, adapted to any kind of budget, while enjoying the best beaches of the Mediterranean. Acclaimed DJs such as David Guetta usually go to the clubs on this island and celebrities such as Ophra Winfrey often spend their summers in this paradisiacal place.

Glamour, limos and casinos are always a great pack when it comes to party and Las Vegas offers you this and more. This city has some of the hottests nightclubs in the USA, so you can enjoy partying all night with your friends. Also, if you don’t like clubs but still want to throw a party, squeeze into your favourite swim attire and go into the great varieties of pool parties. Get ready for good music, cold mojitos, and even better company.

If you want a more elegant, and not-so-festive bachelorette party, París is your perfect place. Known as one of the most beautiful cities in the world, you can have a wine with your friends next to the Eiffel Tower, visit the Louvre Museum in case you are looking for the cultural side of the city and even, if you want to go to a nightclub, París offers you a lot of great nightclubs and pubs where you can bring out your wild side. París is called «the city of lights» for a reason!